Jensongs.net and originalnewmusic.net was founded by Scott I Ross a songwriter, singer and businessman. The Concept is to open up a new way to write, record release digital album downloads that you can play on virtually every digital device available, i.e. cell phones, computers, iPods, i Pads, tablets etc, as opposed to CD’s which have to be played in CD players. MP3, MP3-320, and FLAC file included. Jensongs.net © Copyright Scott I Ross Scott E Jensen – Jensongs  Band-

Offering quality sound and song concepts with real meaningful issues and you will get new music not offered before anywhere else. Our artists are Scott E Jensen and Scott I Ross as: The Jensongs Band Jensongs Vol 1, Jensongs Vol 2, Jensongs Vol 3 and jensongs Vol 4

They write, record, and perform all their own albums. © Copyright Scott I Ross Scott E Jensen 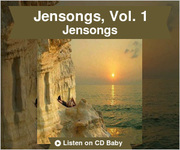 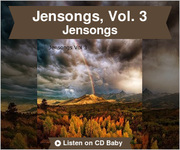 Scott E Jensen, and Scott I Ross, with similar family background being the middle kid in the family, with an older sister and younger brother, theyre both named Scott.

But now they are now doing what they hadn’t seemed to have been able to do. Write and record music.

How do they do it? In August of 2014 Scott I Ross, who had always wanted to be in a band with Scott E Jensen, called up Jensen,  and proposed a plan to  make up for lost time, and decided to put some goals together, their first goal was to release 4 albums of their own music within six months, and by February 2015, Scott E Jensen and Scott I Ross, released their albums to date, simply titled: 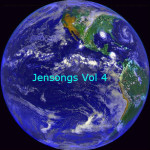 Scott E Jensen who resides in the Chicagoland area, has been a musician since his teens. Scott E Jensen, plays all the instruments on Jensongs albums, and sings almost all the vocal parts including his own harmonies. Scott I Ross’s vocals are featured on various tracks on each album. Scott I Ross lives and works in the Los Angeles Ca area.

One of the very unique ways that Scott and Scott work, is Scott I Ross gives Scott E Jensen, a title and song concept, a story line, sings  the melody of the verse and chorus on a mp3 and emails it to him, then Jensen takes the reins and finishes the songs, and emails Scott I Ross with the completed master, performed, recorded, edited and mixed for release from Scott E Jensen’s home studio. 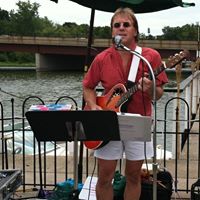 Let’s see if we can figure this out, Scott I Ross, who has always been a goal setter. A singer and song writer, has had a successful career as a businessman and owner, spokes person, a person who can stand in front of hundreds of people and give a presentation for 2-3 hours without any notes. Now you wouldn’t think that this kind of person could be very sensitive, but he is quite a sensitive guy.

Scott E Jensen who is a very talented artist, singer, musician, Songwriter who had been involved in music since he was born and sang his first performance on stage with his father, older sister and younger brother, when he was just 7 years old in the group The Singing Jensens, today is also a very sensitive person, as most successful businessmen and artists are, that sensitivity leads to great work accomplishments and Art.

Listening to some of the Artistic achievements from Scott E Jensen and Scott I Ross, You can hear the sensitivity in their songs, from melodies, lyrics, to the chord progressions and the singing performances in their recordings. There’s no arguing that point, but what has got them to that point.

Jensen and Ross have incorporated, all of their own personal feeling and experiences, of their marriages, former girlfriend relationships, life experiences, family and their current issues, into their songs, to not only help themselves therapeutically, but to share with their fans that they’re not alone in their own struggles. These are not songs of complaint, they are songs of answers, and messages also to the listeners.

Take another listen to their lyrics, and see for yourself what their messages or meanings are to you. They encourage their fans and followers to email their experiences or what they got out of their songs.

Of course they have their fun light moments like “Tweet” and “My Ipod told me”, but there is still a depth to them. Scott I Ross, and a Scott E Jensen, have their issues as we all do, but as they’ve said before, “Try to turn these negatives into positives and write how you feel about anything, write poems, or songs, even if to just get those feelings out of yourself so you can move on, and find more of the good things in life. 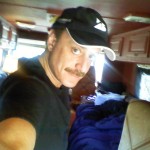